Brothers RJ And Ronnie Anderson scored overall victories during the SXS World Championship, the season finale for the Rocky Mountain ATV MC WORCS Series presented by Toyota and Dirt Wheels. The events were held at Buffalo Bill’s Resort and Casino.

Polaris’ Evan Schendel was overjoyed to see the Anderson brothers dominate the event. He was also pleased to see Polaris RZRs win both Pro championships. “It’s so cool to come here and see RJ and Ronnie shredding it on a doubleheader day,” said Schendel. “They just crushed it. The RS1 Ronnie ran is pretty much stock and he’s been driving the pants off it. RJ’s Turbo S is also pretty much stock and he showed people in built race vehicles how it’s done.”

The event was split into two races for both classes: a short course race held on the Lucas Oil course, and a desert race run on Primm’s off road circuit. Both races were held on the same day, with qualifying held Friday. Temperatures in the mid 80s were welcome and a slight breeze kept dust to a minimum. 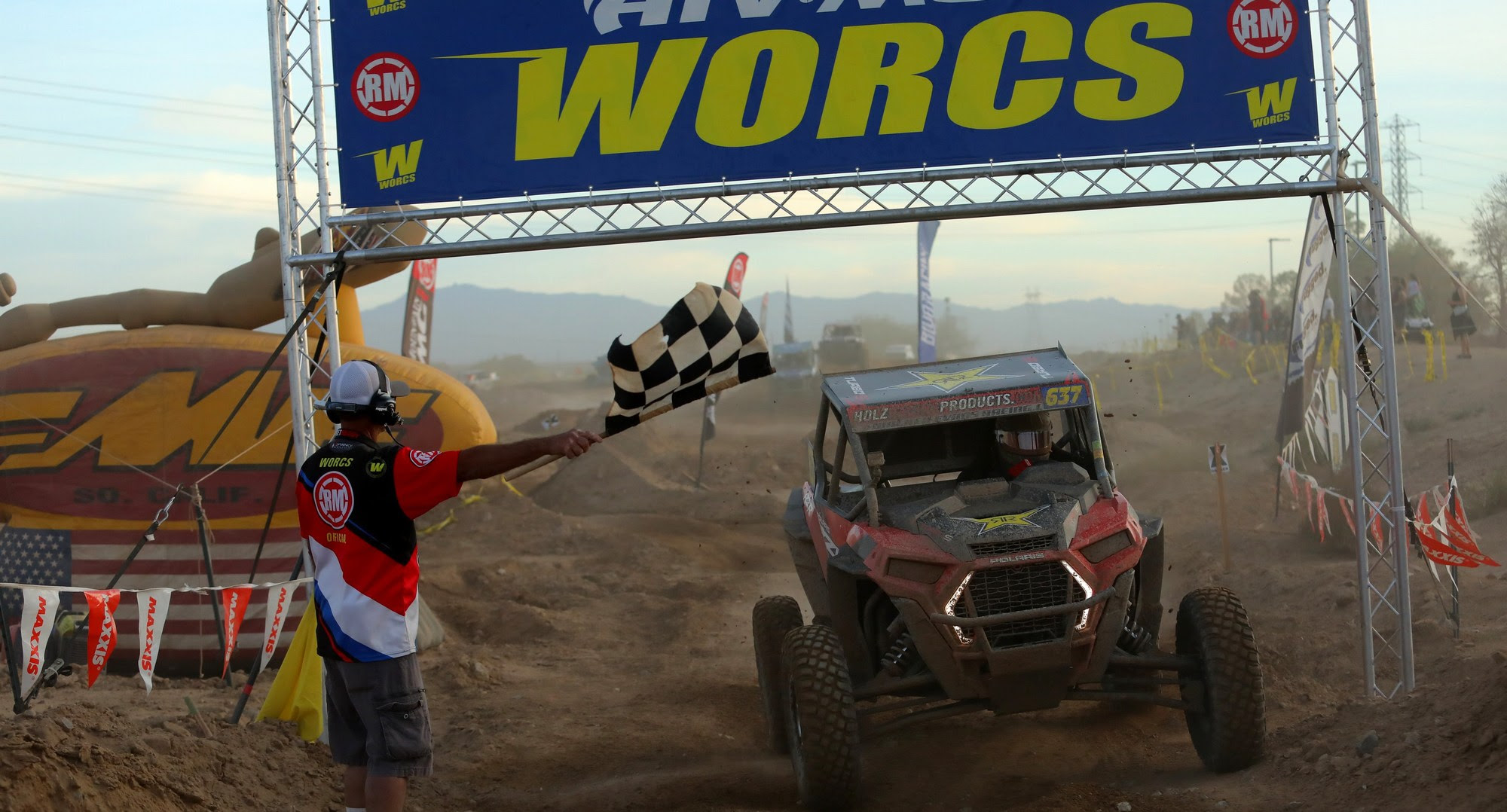 In the short course race, Judge and RJ Anderson fought it out during the final laps of the event, nearly taking each other out on one of the bigger jumps. Unfortunately for RJ Anderson, he had fuel pickup issues late in the race and finished second.

“We were side by side going up the big jump in the short course race, his back tire climbed my front tire and we almost both crashed,” said RJ Anderson. “That was super gnarly. I was trying to save gas. It was a short course race, so I wanted to keep the car light, but the fuel started to slosh so every time I went into a right hander my car would stall out.”

In the desert event, Anderson started on the second row and won the race on adjusted time after finishing second behind Granlund. RJ Anderson took a conservative approach at the start and drove through nearly the entire field to score the victory.

“It’s pretty rad to go 2-1 on the day,” said RJ Anderson “I had a little hiccup in the short course race, but you live and you learn. We bounced back and got a win in the last race of the year. It’s great for my brother and I to come out here in our RZRs and go 1-1. It was so much fun to be back at WORCS.”

Judge came into the event with a brand new Can-Am Maverick X3 built by Best in the Desert teammate Phil Blurton at No Limits Racing. Judge usually co-drives with Blurton in BITD, but this weekend they switched roles. Judge hopes to grab Can-Am’s attention and net a full-time ride for 2019.

“This is the first time we actually built a Can-Am for WORCS,” said Judge. “People told us that the car was too big and it wouldn’t be competitive. They were wrong. The car was very competitive, and without one hiccup, I would have had two wins.” 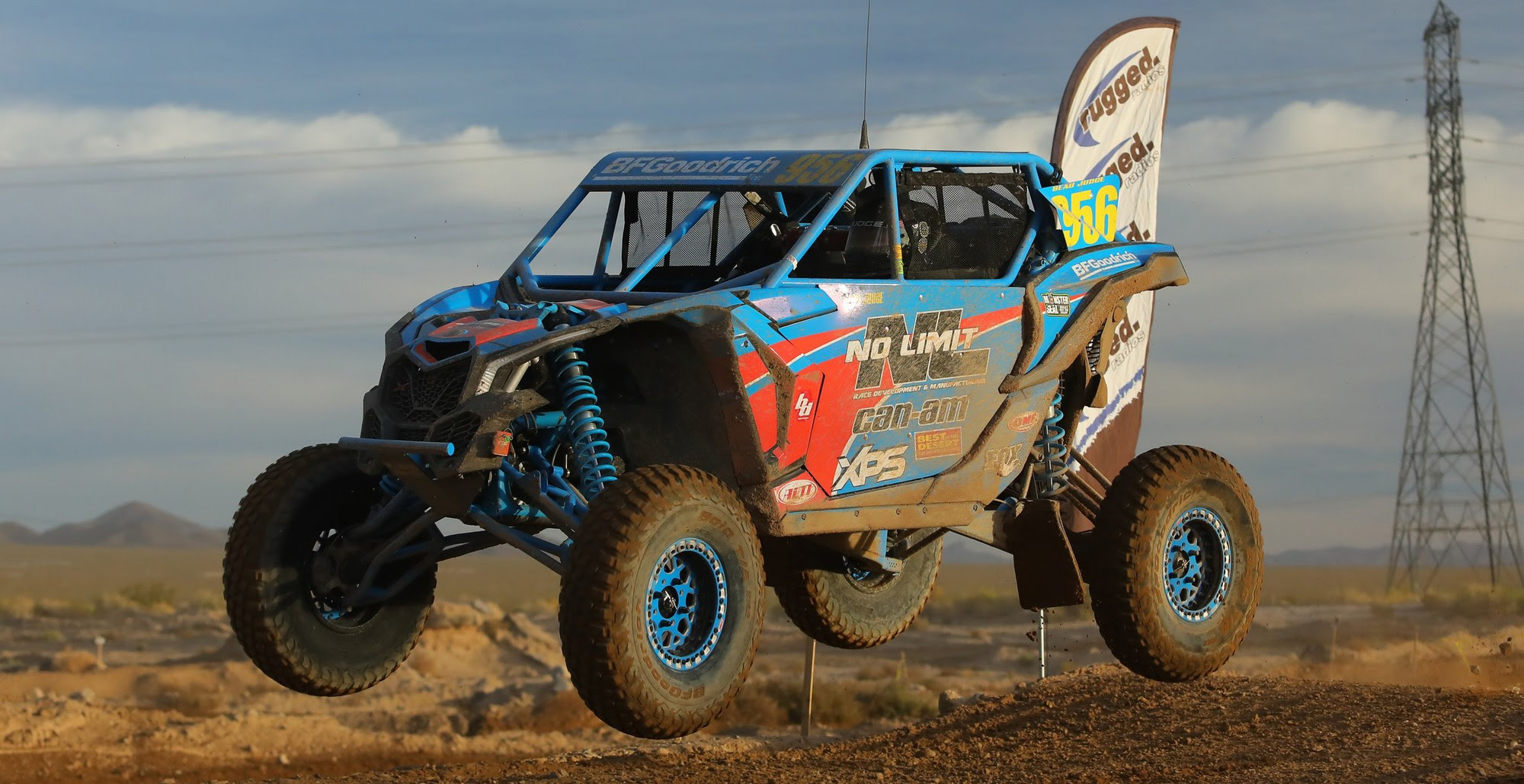 Granlund put on his characteristically aggressive driving style to the test in what was a busy weekend. As one of the few drivers running both Pro and Pro Stock, keeping up with four events in one day was tough. Granlund finished fifth in the short course race. In the desert race, he started fourth, but quickly made it into the lead. He finished first physically and second on adjusted time. 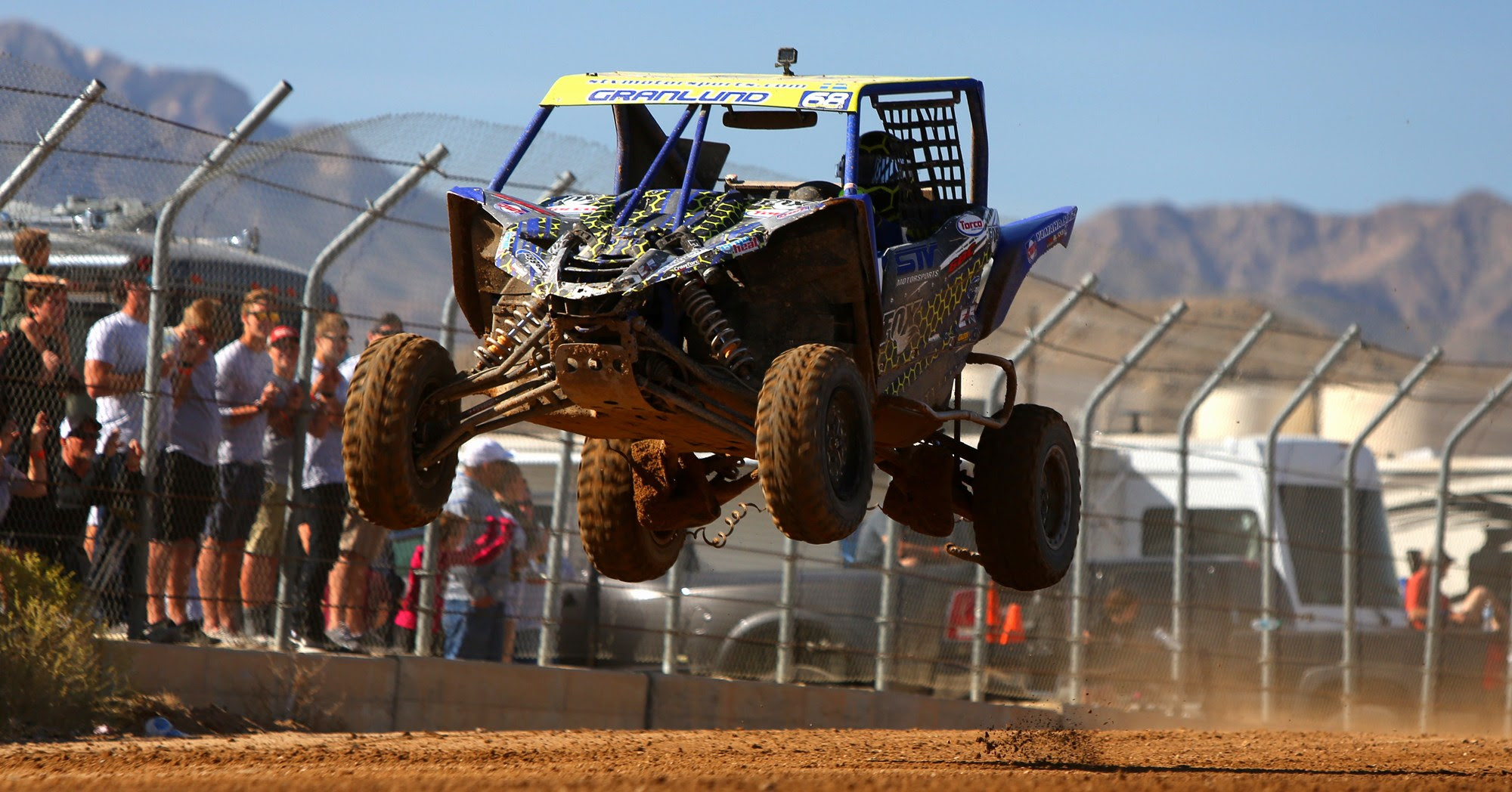 “Going through the whoops, I held a tight line and I got into the lead in the desert race,” said Granlund. “With a clear track it was a nice clear view. I was doing 84 mph down the back straightaway. The track got rough, but I kept my speed up and started to put a gap on the field.” 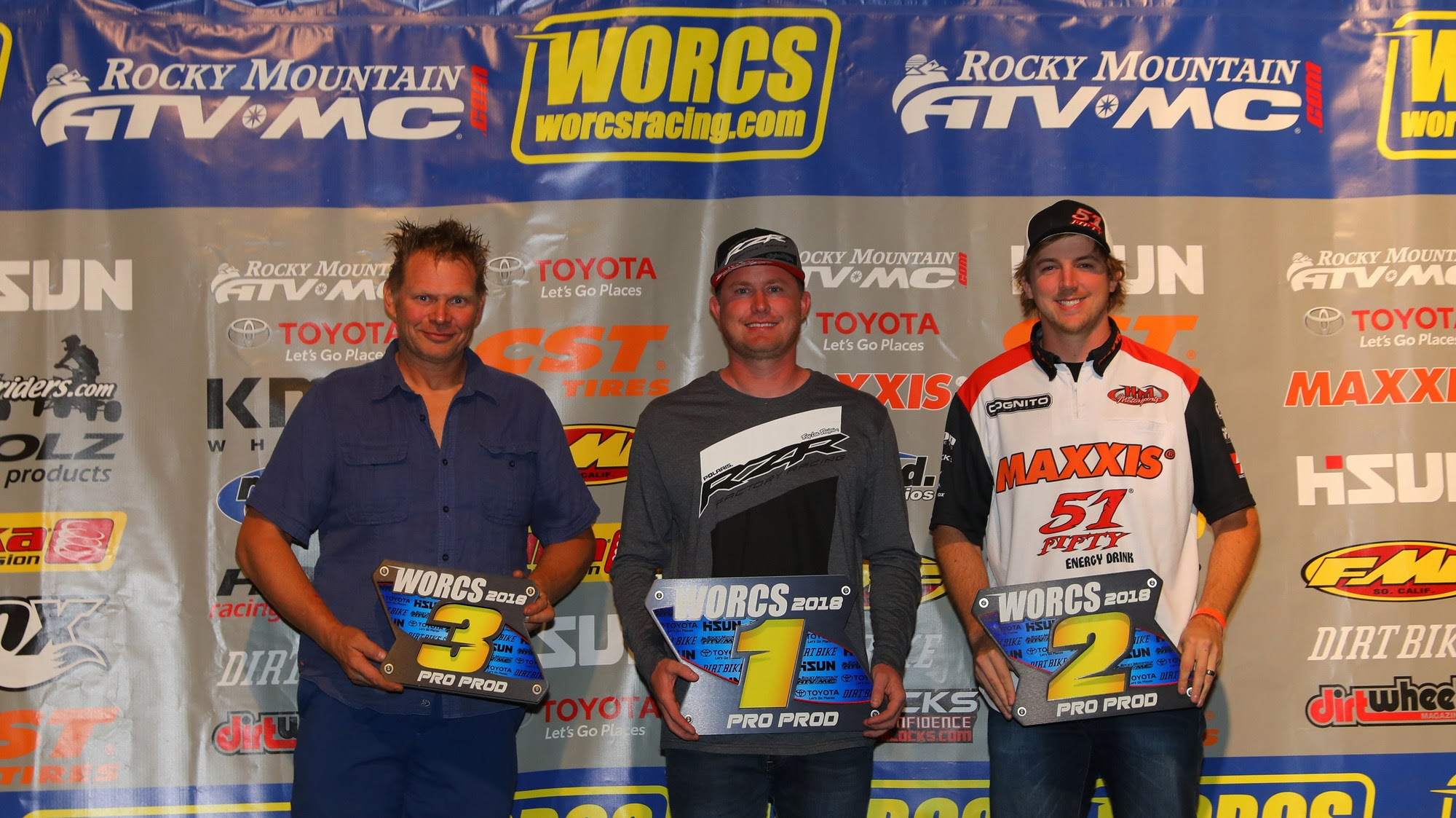 In the Pro Production events, the short course race offered double points due to the cancelation of the last round in Arizona. With a total of 75 points up for grabs during the weekend, the title chase was set to shift, and shift it did. Bradbury finished third in the short course event. Haagsma, who came into the event with the points lead, had an electrical issue desert race, so Bradbury’s eighth-place finish allowed him to unseat 2016 and 2017 champion Haagsma in the final order.

“I’ve taken third the last two years so I came into this year solely focused on the championship,” said Bradbury. “I’m glad to get it done for Polaris. They are huge for me.  I’m pumped to get the win for them and go into next year with the no. 1 plate.” 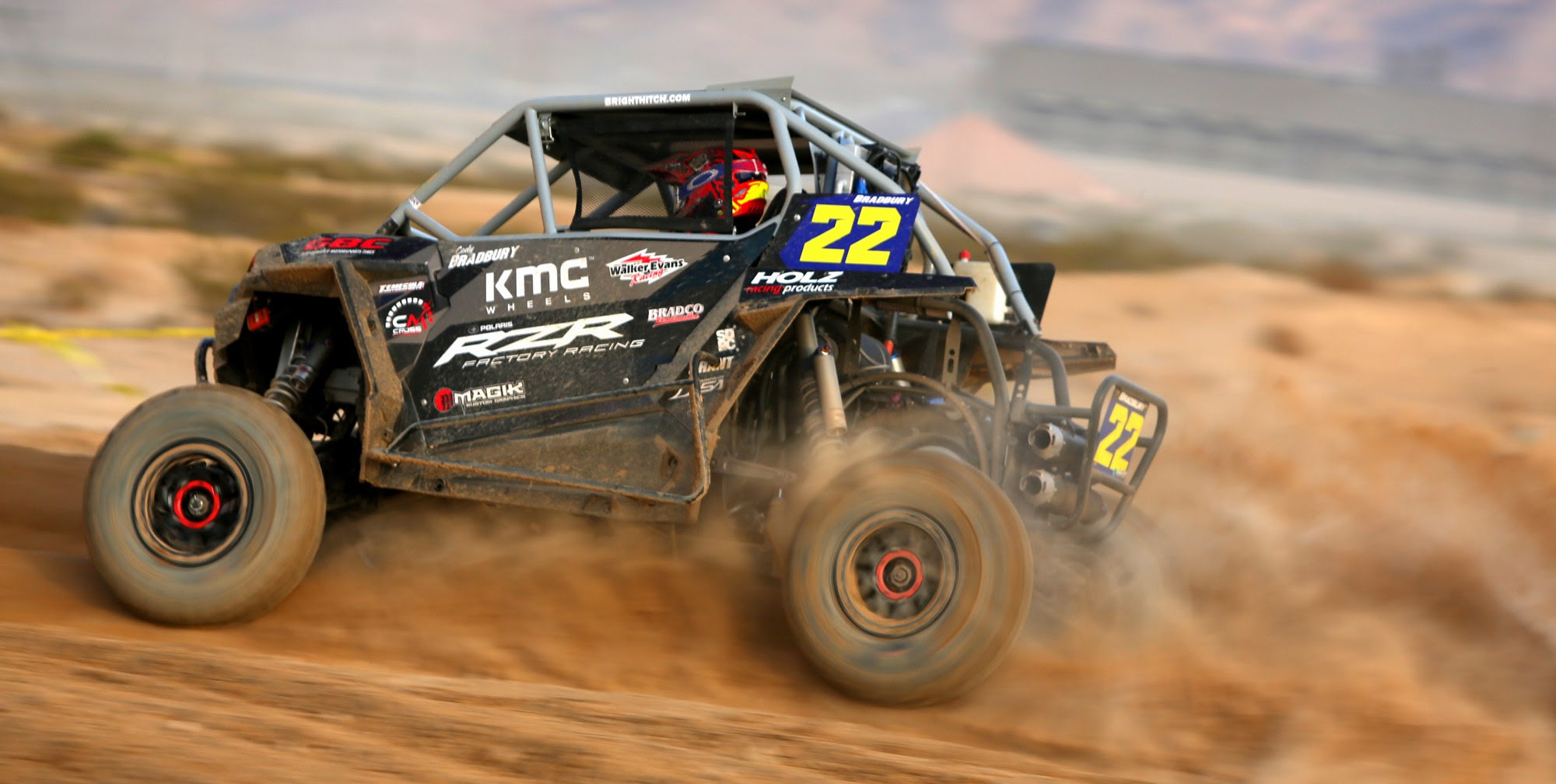 Mechanical issues definitely hurt Haagsma in the championship. Overheating issues on his 50-FIFTY Polaris RZR in the short course race put him seventh at the finish. In the desert race, he rolled off second and then took the lead on lap two. Two laps later, though, electrical issues made for a long pit stop and he finished ninth. Haagsma plans to run both Pro Production and Pro Stock with Polaris next year. 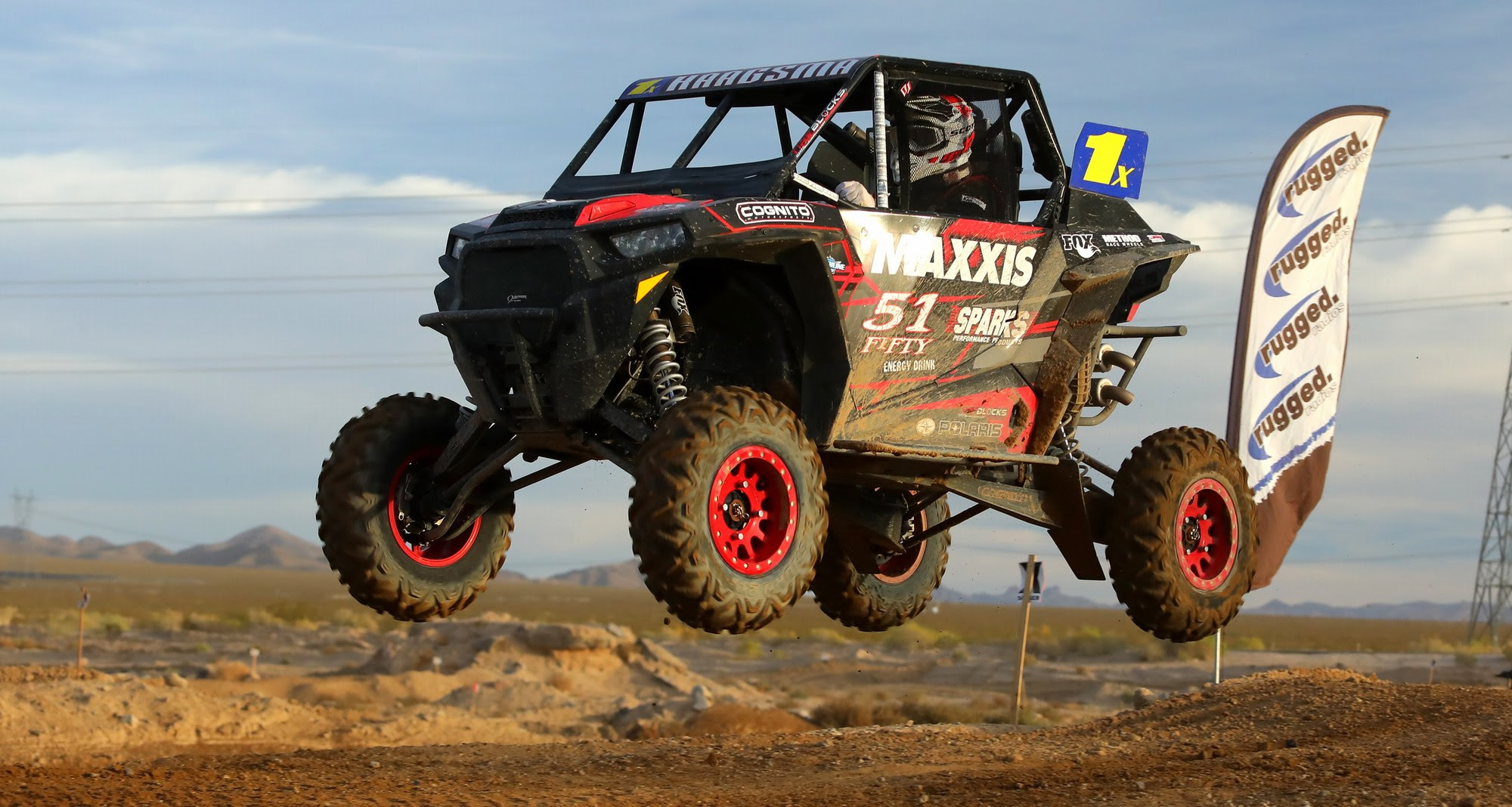 “We had a great year,” said Haagsma. “We had a couple wins and a lot of podiums. I’m very proud of what we accomplished. Second is the first loser, but it is a still a big accomplishment. It definitely gives me motivation for next year.”

In Pro Stock, Ronnie Anderson drove his Polaris RS1 to victory in both races, sweeping the weekend in the class. Granlund finished second with a 2-2 in his Yamaha. Corbin Leaverton was third overall in his Polaris RZR (3-3).

“It feels great to pull of a 1-1 and the overall win here at Primm,” said Ronnie Anderson. “This is my home track and I love it here. The RS1 is an absolute blast. I match up well with it. I won both races in it, so that says a lot.” 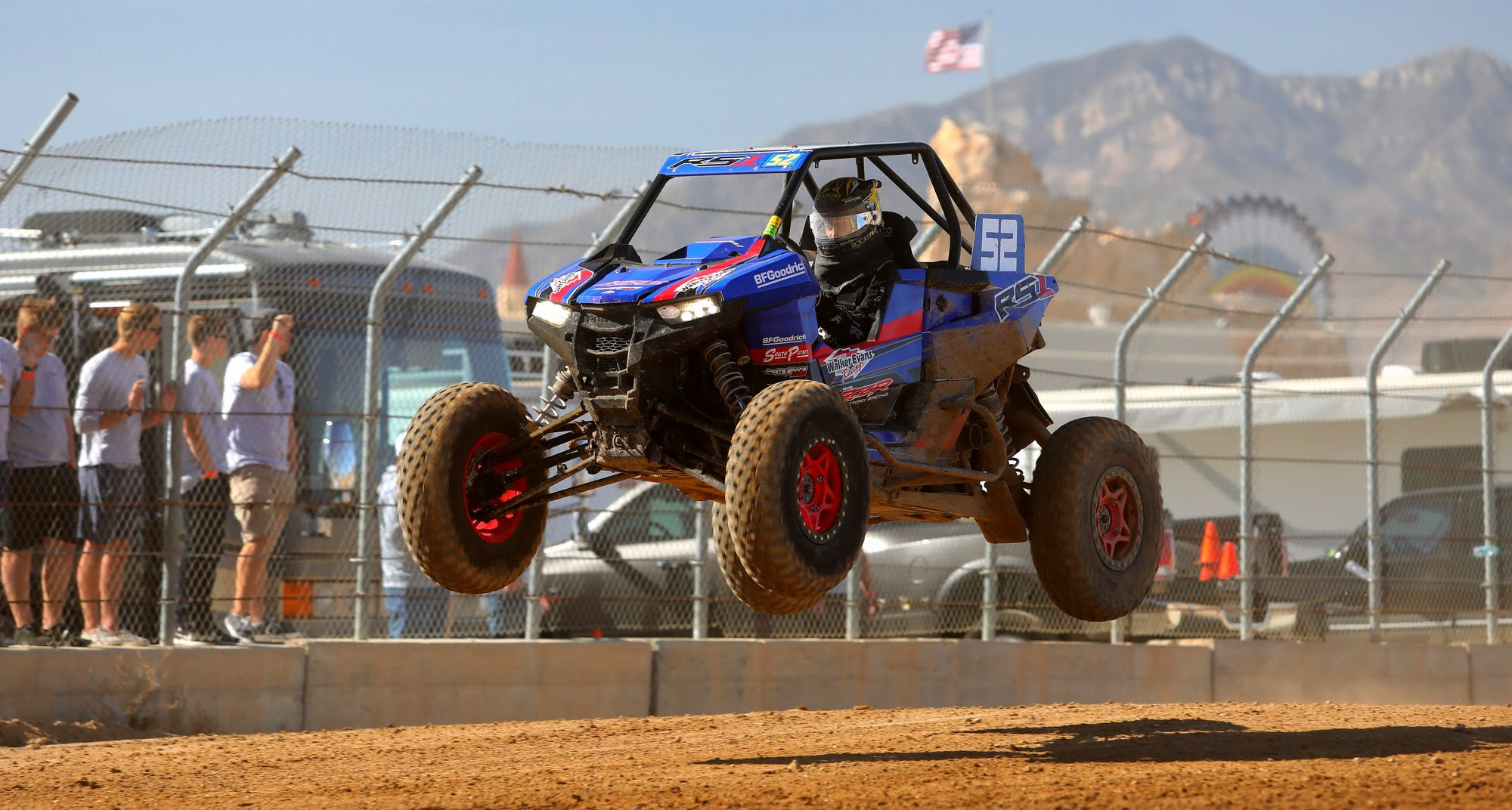 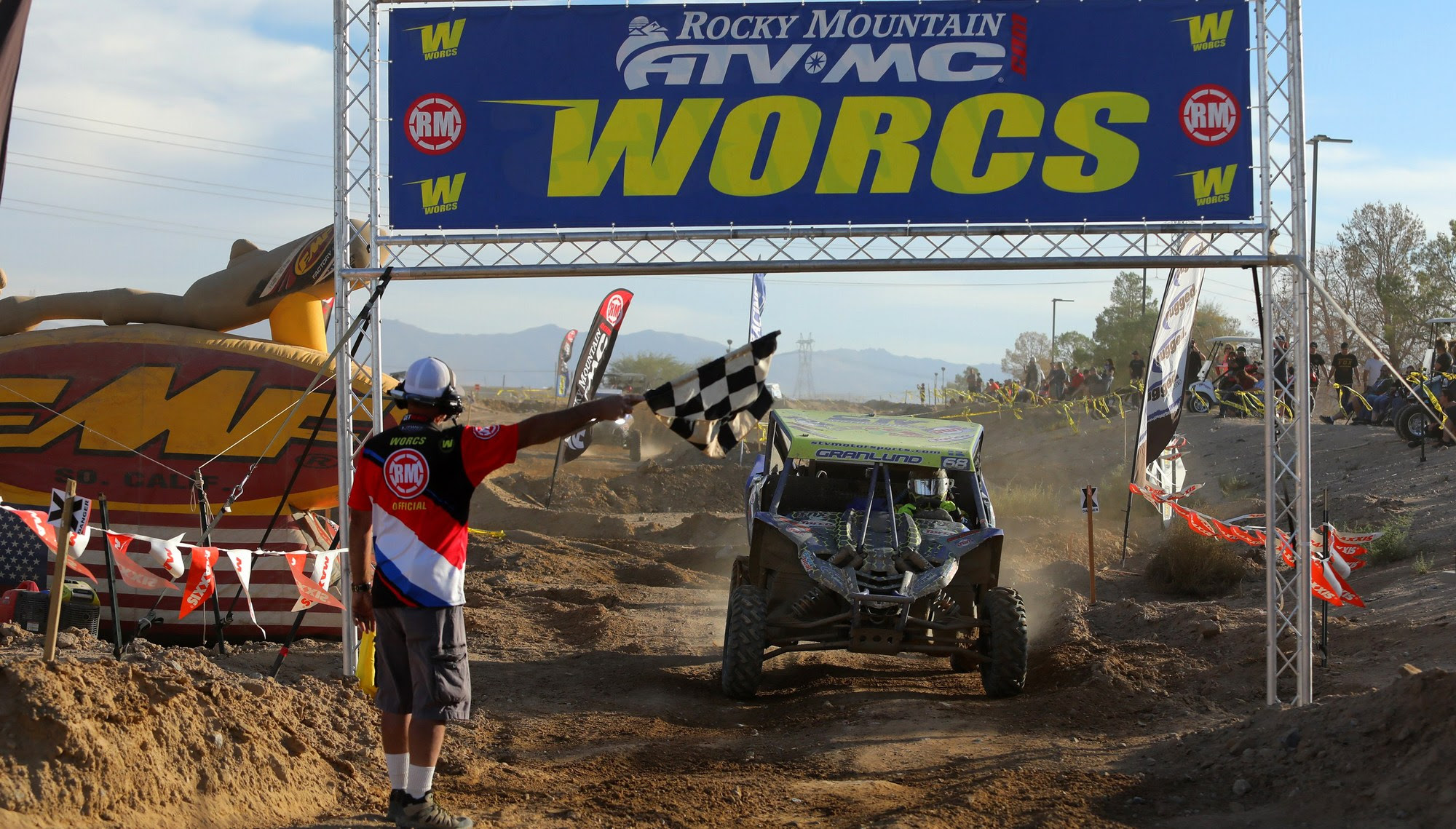 Leaverton finished out his first full WORCS season with another competitive showing. He finished third in both races in his Holz Polaris RZR, which put him second in points. “I’m happy with how the season worked out,” said Leaverton. “To come out second behind Beau Baron was great for me. I was up on the podium for the majority of the time, got a win, and it will be a great stepping stone to go for the championship next year.”

Though he didn’t have his best weekend, finishing fifth in short course and eighth in the desert race, Baron did what he needed to do to win the Pro Stock title. It wasn’t easy, though.

“Locking up the championship at the last race is a lot of stress,” said Baron. “I did halfway decent with a fifth in the short course race. In the desert race, I didn’t know what I was going to do. I guess what I did panned out. I halfway raced and halfway didn’t, but it worked out.” 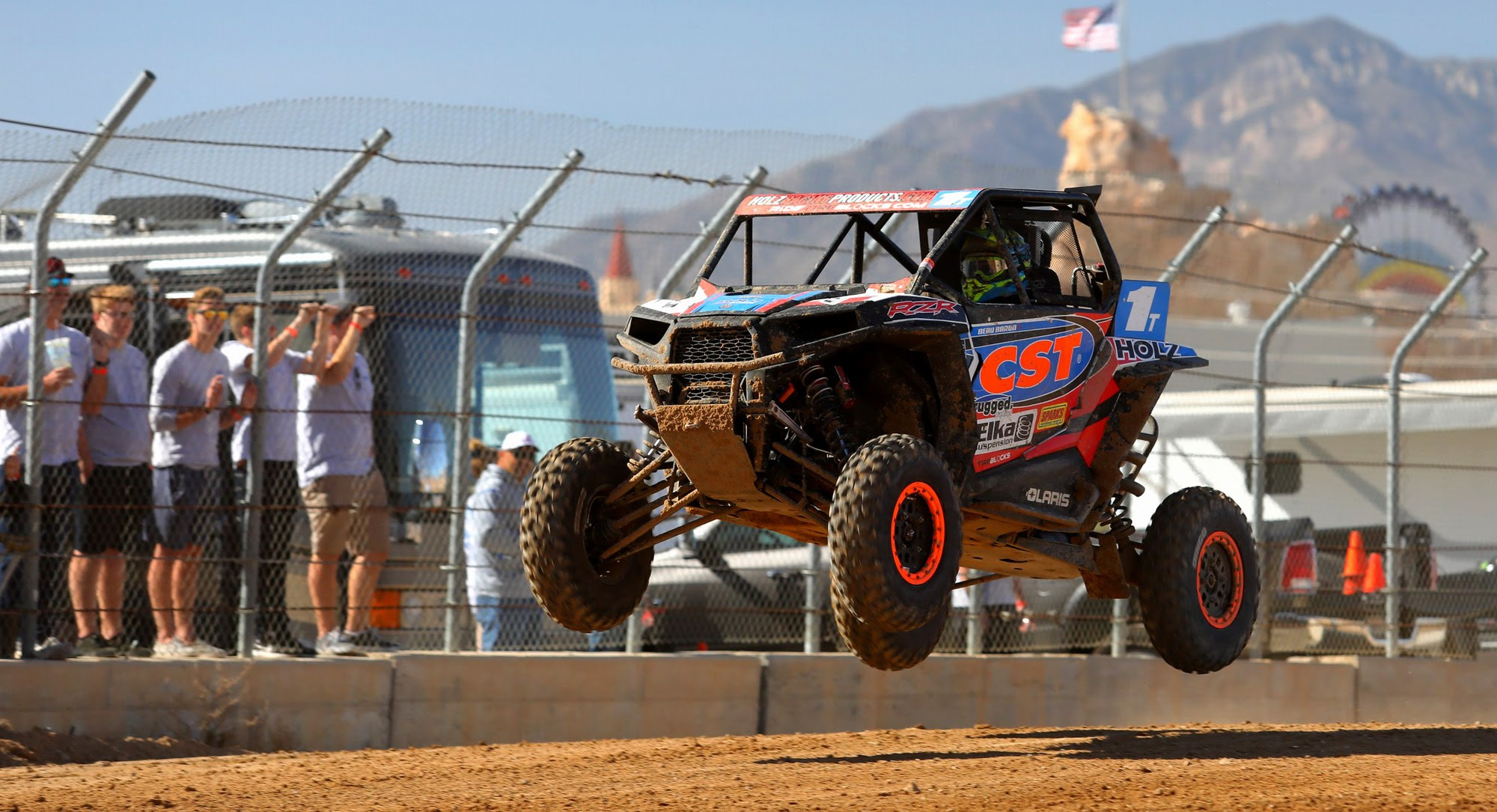 The event concluded the 2018 WORCS season, and next year will feature a new split format with ATV/SXS and motorcycle racers running on different weekends next year, and the 2019 season is set to kick off in January at Buffalo Bill’s.